In the spring of 2014, Dorian Satoshi Nakamoto was incorrectly named as the creator of Bitcoin by Newsweek. The media attention turned his life upside down. I recently had the opportunity to sit down with Dorian and talk about his life since being named Satoshi, and to get his thoughts on Craig Wrights most recent claims. Surprisingly, Dorian didn’t know much about Craig Wright before his arrival to San Francisco.

Tom: “Did you hear about what happened with the “new Satoshi”, Craig Wright?”

Dorian: “I just got some news out of it. I don’t know if I have the latest, someone told me that like a couple weeks ago, he retreated.”

Tom: “Yeah, he said that he’d provide real cryptographic proof and never did.” Dorian: “Oh he didn’t? I thought he did…..hm.”

Tom: “What’s your take on the situation?”

Dorian: “I think it’s nice, you know, to have that mystery of Bitcoin!”

Tom: “Do you think the real Satoshi will ever come out?”

Dorian: “I don’t know, but I say don’t come out, oh yeah. He should stay in hiding.”

Throughout our conversation, I was struck with Dorians humility. He lives a very simple life. He arrived to our home carrying a single old backpack with DORIAN NAKAMOTO and his phone number written in big black marker on the front. He spoke with passion about his model trains for hours. He just enjoyed being around other people, and engaging in conversation with them. While driving him to the bus station, I asked him one final question:

Tom: “What good came from being named Satoshi?”

Dorian: “It did affect my family relations. Some of these people that I met yesterday kept on asking me too, what was the outcome, and what was the happy side of things? I reply that because of this incident, I was able to understand Bitcoin much better and understand that there is the existence of community such as Bitcoin, and the amount of generosity from the people. I went through some of the comments online, and it really made me much happier than before the incident. I hated it because they put everything out to see, the reporter, it had some consequences on my livelihood.”

Spending two days with Dorian confirms why I love working in Bitcoin. We have a very unique community. This man had nothing to do with Bitcoin, and now he’s become the go-to legendary face of Bitcoin. Exciting, hilarious, and weird things happen all the time in this industry. 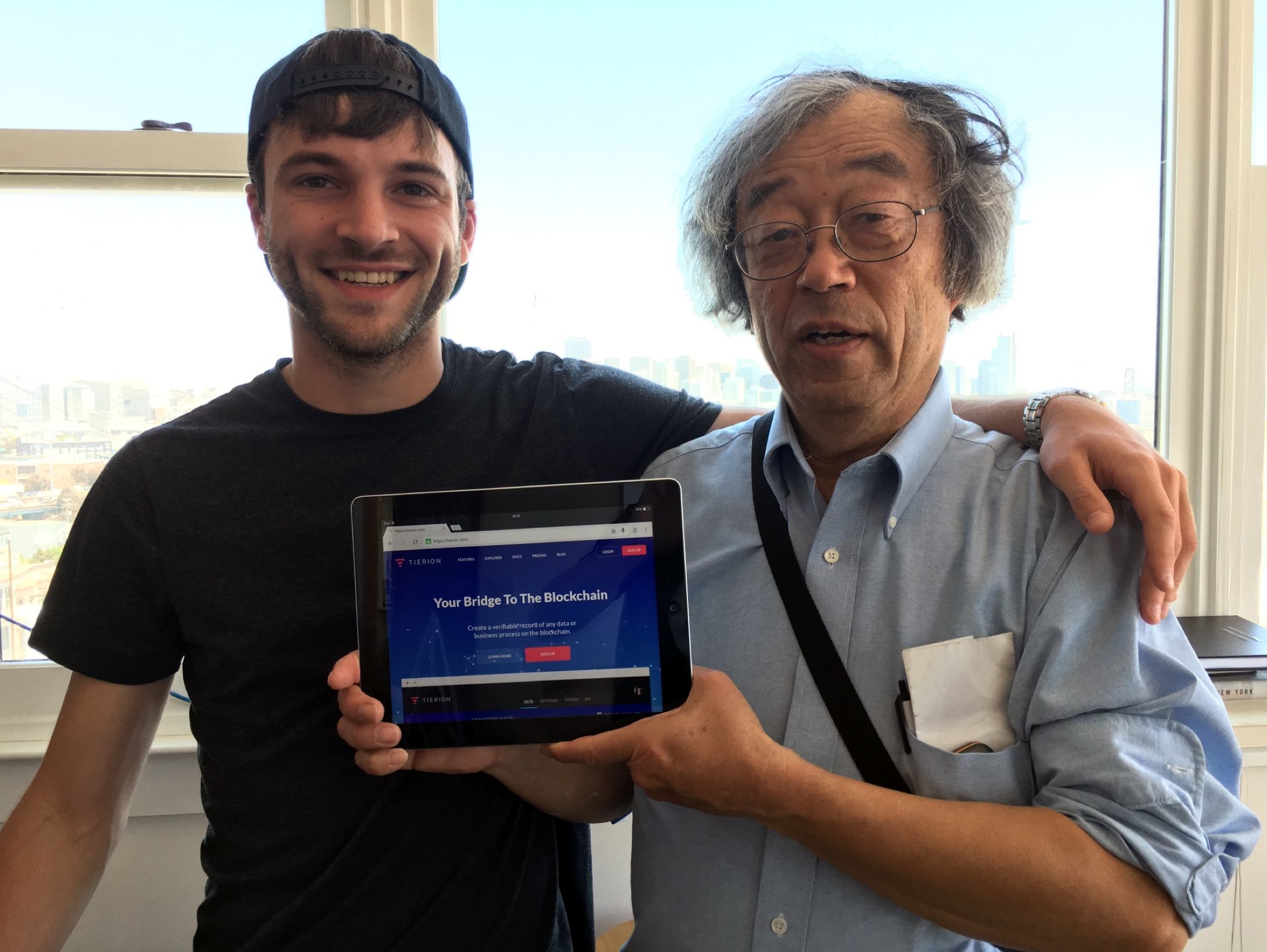 My name is Tom Kysar, and I’ve recently joined Tierion full time as Director of Growth. Previously, I was Head of Marketing for crypto crowdfunding platform Koinify, and currently reside in San Francisco. You can find me on Twitter @tomkysar.

← Who Pays For The Decentralized Web?
Tierion Launches Free API To Anchor Data In The Blockchain →