Our team recently won the Coindesk Makeathon by creating an insurance claims processing system that records each step of the claims process in the bitcoin blockchain. Tierion was our secret weapon, making it possible for us to record thousands of sample claims on the blockchain.

We actually had two secret weapons

Our other secret weapon was our team. None of us had met before the event. Coindesk assigned participants into sixteen teams of five and gave us two days to build something. I’m incredibly fortunate that I was matched with such a high quality group.

Everybody wants to record data on the blockchain

Nearly every team’s concept involved recording data on the blockchain. The problem is that the bitcoin might be the world’s slowest and most expensive database.

Let’s look at how these numbers translate into a real world problem. Several team’s ideas involved using the blockchain to record credit scores. There are currently 170 million credit card holders in the United States. If you tried to record each person’s credit score in the blockchain, it would take 281 days and cost $5,666,666. That’s assuming a throughput of seven transactions per second, so you’d render Bitcoin useless for nine months.

In the real world, we use receipts to verify transactions. A blockchain receipt can be used to verify the content and timestamp of something recorded in the blockchain.

Tierion is a cloud datastore that generates a blockchain receipt for each record. If you send Tierion 100,000 records, you’ll get back 100,000 blockchain receipts. We’re the first system capable of recording millions of records in the Bitcoin blockchain.

Here’s how it works:

We hash each record sent to Tierion and add it to a queue. Every ten minutes we generate a Merkle tree of all the hashes and publish the Merkle root in a bitcoin transaction.

We trace the path from the root back up the tree to the target hash and use this data to generate a blockchain receipt. This allows us to generate millions of receipts using a single bitcoin transaction.

Bottom-line: we’ve created a way to overcome the scalability limitations of bitcoin and record millions of records in the blockchain.

Building a better insurance claims processing system with the blockchain

Insurance companies spend over $2 billion each year on fraud and compliance. We saw the potential for to use the blockchain to improve the claims process.

We made a mobile app that submits the claim to Tierion which then generates a blockchain receipt for both the claimant and the insurance company. This gives both parties a verifiable record of the contents of the initial claim and the time it was submitted. 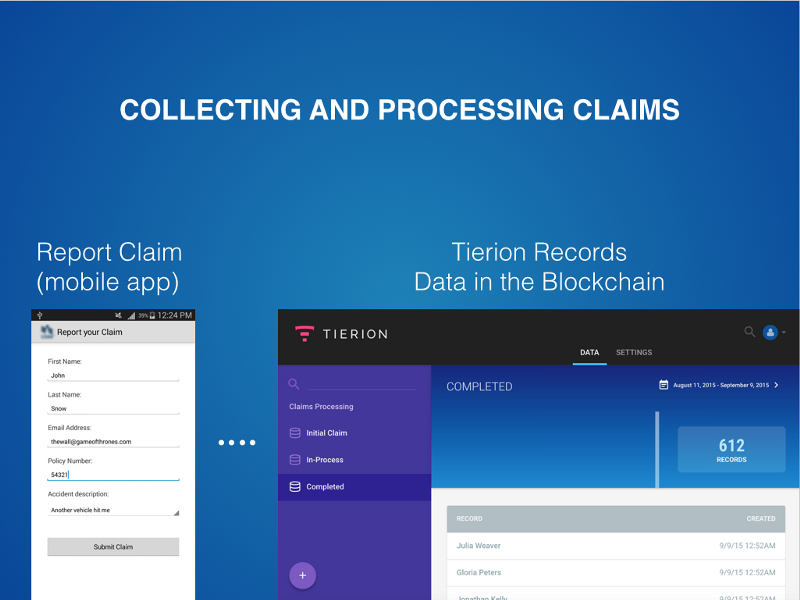 Insurance companies often use a network of outside providers to process claims. For example, when you submit a claim, you’ll get a call from an operator in a call center to collect the details about your incident. Call centers and insurance companies typically use old school processes to exchange data — Excel and email/FTP. This limits the insurance company’s visibility into the claims process. More importantly, they don’t have the same controls for data integrity, fraud, and compliance that they have for internal processes. 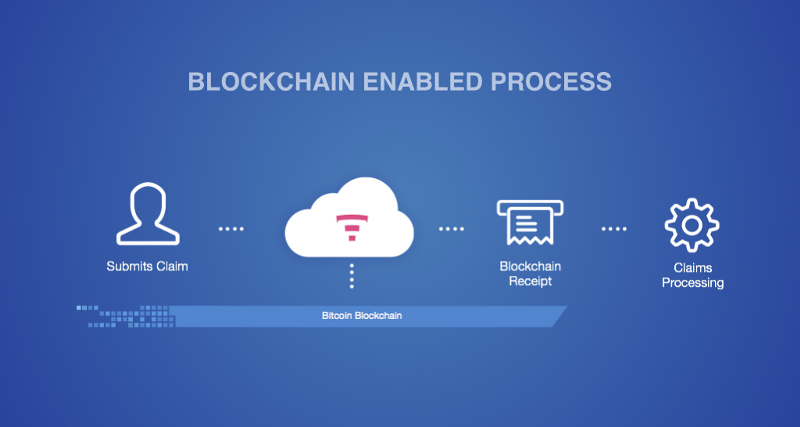 Our solution eliminated the need to email Excel files by moving to Google Sheets. We built a mobile app that posted the initial claims data to Tierion. We used Tierion’s integration with Zapier to move the data and the blockchain receipt to a Google Sheet. When the Google sheet was edited, the data was automatically sent back to Tierion and a new blockchain receipt was generated. Through this process we were able to create an audit trail on the blockchain as the claim moved from “Initial Claim” to “In-process” to “Completed”.

To show that our system could work at scale, we modeled a thousand sample claims and automatically posted the data to Tierion. Our simulation took a few seconds to complete.

Winning the Coindesk Makeathon gave us the opportunity to present onstage at Consensus 2015. The moment had an extra special meaning for me. It was the first opportunity to publicly talk about Tierion since our launch on September 1st. 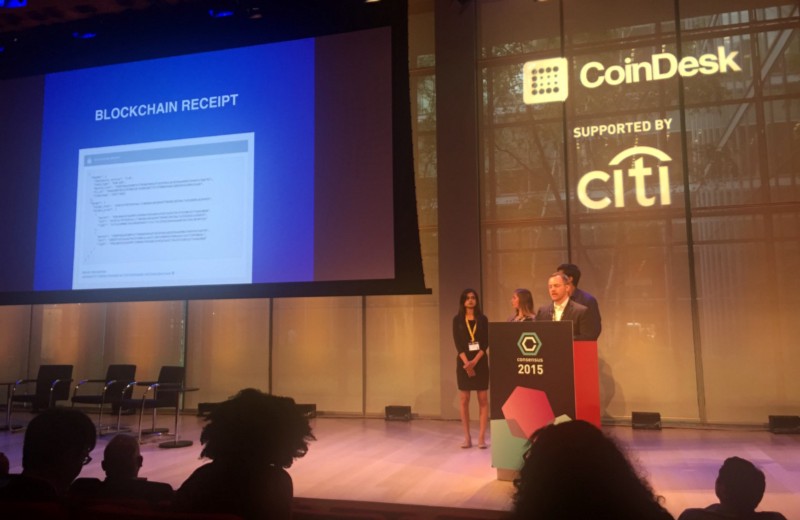 Thanks to Matt Roszak for the picture. @MatthewRoszak

Coindesk and General Assembly did a great job organizing the event. Consensus 2015 was the best business oriented bitcoin event of the year. I’ll never forget my new friends. 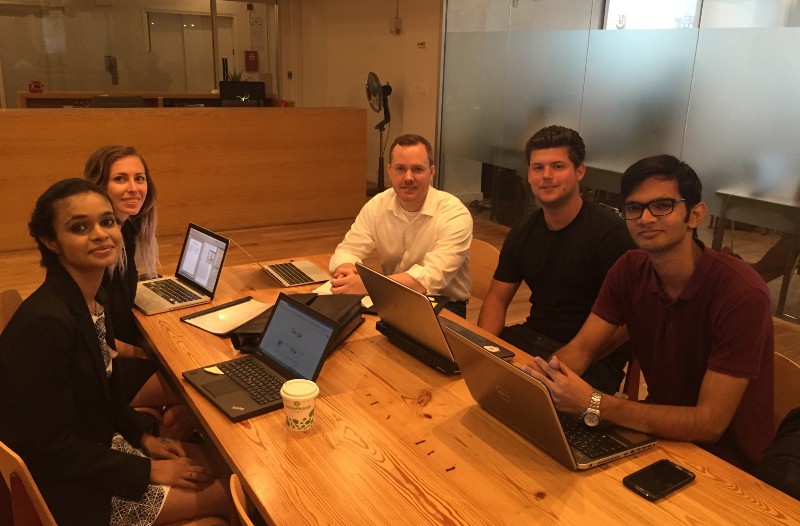